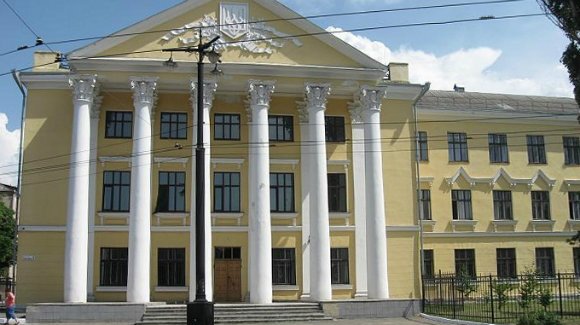 In connection with recent events in Ukraine, Donetsk National Medical University moved to Kirovohrad. This city is close to the capital of Ukraine – Kyiv. The University has several administrative buildings and hostels. All the teaching staff has been transferred to Kirovohrad as well as all the scientific centres and hospitals where the students can work. Thus, at the moment the university works in a regular mode and provides top quality education.

The University is known as DNMU and it’s the abbreviated name of Donetsk National Medical University.

M.Gorky Donetsk National Medical University “DNMU”was the first medical university in Ukraine and in eastern Europe who started the faculties of Medicine and Dentistry in English language for foreign students in 1991 after independence of Ukraine.

1930 – Medical Department was reorganized in the prophylactic treatment of the Donetsk Medical Institute.

1937 – Medical-prophylactic faculty renamed to the medical faculty of the Donetsk Medical Institute.

1992 – Medical Department was reorganized in the Medical Faculty of the Donetsk Medical Institute (from 1994 – Donetsk State Medical University).

In total more than 52,000 highly qualified doctors, well-known scientists, researchers, health service organizers from Ukraine, Russia, other CIS countries and as well as from 96 countries of the world from Africa, Asia, Europe and Americas have graduated from theM.Gorky Donetsk National Medical University “DNMU”. Among them were more than 8000 foreign students from all over the world including 3 Doctors and 70 Candidates of Medical Science, about 200 clinical post-graduates (residents).

At present the total teaching staff atDonetskNational Medical University“DNMU”is 1147.Among them are 150 professors and 243 Associate Professors, academic title of doctors and candidate of medical sciences are respectively 117 and 449 people. In the Donetsk National Medical University (DNMU) is a member of National Academy of Sciences of Ukraine and two corresponding members of AMS of Ukraine,4 laureates of State Prize of Ukraine,18 distinguished scientists and engineers,8 distinguished doctors,2 Honoured worker of Education of Ukraine,37 full members of international and departmental academies science, 1 Hero of Ukraine.

Rooms on campus are available for students. All hostel rooms are furnished and vary in size and number of conveniences. Dormitory rooms at Donetsk National Medical University (DNMU) hostel can accommodate 2 or 3 students to a room.

All rooms are equipped with bed, mattress, pillow, blanket, desk, chair, heater, water heaters and suitable lighting for both study and relaxation. There are common areas where students can play and mingle. Upon the students arrival on campus, specific accommodations are assigned and after a satisfactory health report the student will be accommodated to the room which is allotted to him.

Off campus housing can be obtained in nearby apartments. Available apartments and houses are furnished, and vary in size, cost and number of conveniences. Life in Donetsk is friendly and devoid rush. While at first some students may miss their home environment, native foods, or a hurried pace, they soon learn to appreciate and enjoy a cultural different their own.

In the hostel each room is attached with kitchen is provided for students to cook food to their own taste. Students will need to supply their own kitchen utensils. Meals may be bought from various food outlets. All the rooms are provided with heaters. Our hostels feature 24-hour access to security and emergency services, making it easy to get assistance when you need it. As a campus resident, you also have access to all the Donetsk National Medical University (DNMU) support services such as campus Security Services, counselling Services and health Services.